Note: This post, by Tina Gallagher, originally appeared on chapter member Lois Winston’s blog. Thank you Tina and Lois for allowing us to repost it!

When people find out I’m a writer, they usually ask where I get my story ideas. Actually, ideas come pretty easily…sometimes it’s as simple as reading a story and wondering “what if this happened instead of that?” In fact, I often have snippets of potential characters’ conversations running around in my head as ideas come to mind. 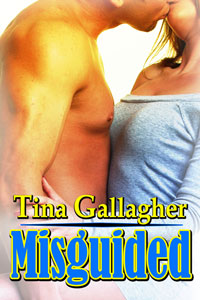 What I have more of a problem with in the writing process is the setting. In fiction, the setting can be just as important as any character and needs to be developed just as well in order to make it come alive. And it’s not just the city or town the story takes place in that needs to be described, it’s everything. Unless my characters are going to have all those conversations that are running through my head in a one room shack, I need to find places for them to go, and I need to describe those places well.

Since setting is so important, I try to notice things everywhere I go. Restaurants, parks, schools, houses, hotels, roads…pretty much everything. You never know what can be used in a story somewhere down the road.

In my new release, Misguided, Jake takes Cassie for a romantic New Year’s Eve dinner at a hotel that was formerly a passenger train station. While the town Misguided is set in is fictitious, the hotel is not. I based it on an actual hotel located in my hometown of Scranton, Pa. 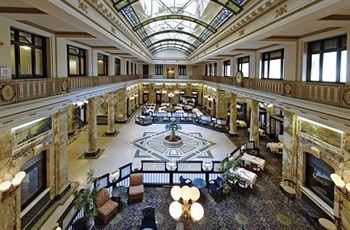 The Radisson Lackawanna Station Hotel was formerly known as the Delaware, Lackawanna, and Western Railroad Station, whose routes stretched across New Jersey, Pennsylvania, and New York. This six-story landmark was constructed in 1908 and considered one of the most beautiful terminals in the East, having been built as a showplace for the company’s central business offices and doubling as a depot. It has been listed on the United States National Register of Historic Places since 1977. 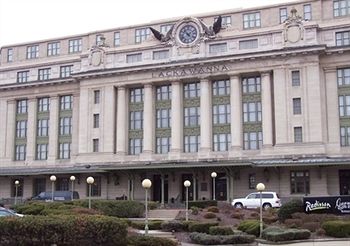 The last train left this station in 1970 and for ten years, the building fell into disrepair, falling victim to vandals and the elements. After extensive renovations, it reopened on New Year’s Eve 1983, emerging with all the grandeur of the original station, plus so much more.

The care that was taken throughout the restorations is evidenced throughout the building. The Grand Lobby, which originally served as the station’s waiting area, boasts a barrel-vaulted Tiffany stained-glass ceiling, Siena marble walls, and a mosaic tile floor. Surrounding the walls are 36 tile murals that depict scenes along the railroad’s lines, starting at Hoboken Station and ending at Niagara Falls. Above the dining room walls are a dozen matching stained glass lamps, all but one is original to the old station. 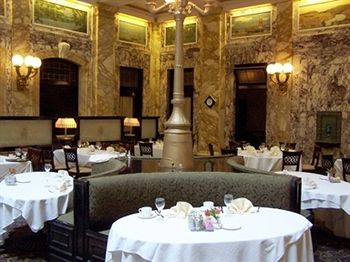 Today, the Grand Lobby holds a fine dining restaurant and a wine bar. This structure is truly a feast for the eyes. If you’re ever passing through Scranton, be sure to make a stop at the Radisson Lackawanna Station Hotel. Grab a cocktail, settle into a comfy chair, and check out the history.

Tina writes contemporary romance novels and non-fiction. Tina began writing as a young girl. In-between softball, basketball, and music lessons, she and her best friend would create their own “happily ever afters” for their favorite soap opera couples. After a while, the soap operas lost their appeal, but the writing never did. Tina lives in Northeast Pennsylvania and is an active member of the Pocono/Lehigh Romance Writers. To learn more about Tina, visit her website.