(Or how I eventually got an agent) 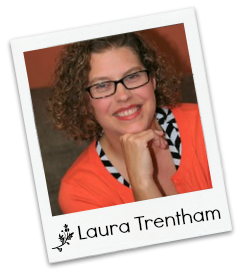 I’m casting back a couple of years to tell you about my worst writing week ever. What’s the old adage? Bad things come in threes (or more!) Alexander had lots of bad things happen to him over a long, miserable day. My bad stuff was spread over a week. Your bad stuff may happen over a month or a season, but it never fails to come in a clump, in my experience.

Let me set things up by saying the months leading up to my terrible, horrible, no good, very bad week were pretty awesome and encouraging! I’d finaled in a couple of contests, which led to two full requests. In the first contest, the wonderful, talented Angie Fox (NYT best selling author of The Accidental Demon Slayer series—check it out!) left her name and email on my judged copy. Of course, I contacted her and we struck up an email conversation. Once she determined I wasn’t a total weirdo, she offered to put me in touch with her agent, Jessica Faust, who was on my top agent list, and happened to be closed to queries—except for referrals. I thought, this is Fate! This is meant to be! This agent will love my manuscript!

From the second contest I finaled in, Kevan Lyon, another agent on my top list, requested a full. Not only that, but I’d cold-queried a handful of other agents and got two more partial requests lickety-split. I was on fire! I hunkered down to wait for all the offers to pour in.

In the meantime, I realized that my manuscripts might* need some work after taking a Margie Lawson class (which I highly recommend.) While I was waiting for the agents to begin fighting over me, I set out to revise my first two completed manuscripts based on Margie’s principles.

Then, the hammer fell. One Monday, I got a rejection from one of the partials I had out. That agent is no longer in the business, so that turned out to be a blessing. Then, the next morning I woke to find a nice, but terse rejection waiting for me from Jessica Faust. I won’t lie; I felt betrayed by the writing gods. Then later that morning, my account was hacked and a crazy email went to a good portion of my address book (and OF COURSE, I had saved Jessica’s email address, because we were going to be bffs, right?) It was a letter written by someone whose first language was obviously NOT English, pretending to be me and asking for money because I was stuck in Indonesia somewhere. While I was obviously horrified that somebody was pretending to be me, I honestly wanted to find who it was so that I could direct them to something like the Effortless English Club in order to improve their English skills.

Not only was I horrified to have spammed countless people, but Jessica Faust emailed me back and hoped that I was okay and not in trouble. She was genuinely concerned 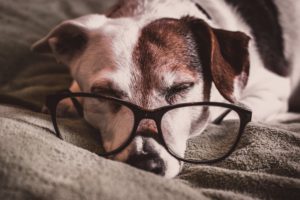 . The fact she thought I had written something so grammatically challenged made me want to crack open a bottle of tequila, and it wasn’t even 9AM.

After licking my wounds and not leaving the house for a couple of days, my optimism bloomed anew. All hope was not dead, I still had a full out with a kick-ass agent! Except on Friday, I received a rejection from Kevan. A very nice, very long rejection. And, those of you who have received a long, thoughtful rejection will understand how much better that is than a form email.

I remember reading that email a couple of times, and realizing she was right. That manuscript wasn’t good enough. But, the one I was in the middle of rewriting was better. I debated ten minutes, but decided I had nothing to lose, emailed her back, and offered her my second manuscript. She wrote back within minutes saying she’d love to look at it. A few weeks later, I had an awesome, wonderful, really good day when she called and offered to represent me.

I guess the point of my ramblings is that every writer is going to have really great days (signing with an agent, getting a book deal, receiving a great review) and really, really stinky days/weeks (rejection after rejection from agents, ditto from editors, bad reviews, disappointing sales). If you let the bad days crush you, then you’ll never get to the awesome days. And every writer has bad days no matter what you see on Twitter and Facebook. A very wise writer told me, we all put on a happy face on social media when on the inside we are a debilitating stew of insecurities and anxieties. You are not alone!

Sometimes success is less about talent and more about persistence and plugging away and improving day after day. So when the bad days come, put your chin up and believe that good days are coming! (and don’t forget, there’s always alcohol…)

An award-winning author, Laura Trentham was born and raised in a small town in Tennessee. Although she loved English and reading in high school, she was convinced an English degree equated to starvation. She chose the next most logical major—Chemical Engineering—and worked in a hard hat and steel toed boots for several years.

She writes sexy, small town contemporaries and smoking hot Regency historicals. KISS ME THAT WAY, Cottonbloom Book 1, is a finalist for the Stiletto Contest and for the National Readers Choice Award. THEN HE KISSED ME, Cottonbloom Book 2, was named an Amazon Best Romance of 2016 and is a finalist for the National Excellence for Romance Fiction. TILL I KISSED YOU, Cottonbloom Book 3, is a finalist in the Maggie contest. When not lost in a cozy Southern town or Regency England, she’s shuttling kids to soccer, helping with homework, and avoiding the Mt. Everest-sized pile of laundry that is almost as big as the to-be-read pile of books on her nightstand.